Current attitudes and behaviours are behind the curve 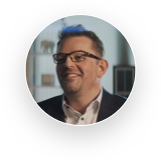 There's hardly a week that goes by where data security doesn't hit the headlines. It's a hugely discussed topic, and for good reason — it's a major threat to businesses of all shapes and sizes. But it's a highly diverse area and achieving 100% security demands that businesses understand every aspect of it. At Sharp, we're passionate about print-related security, so we commissioned a new survey to discover how well businesses understand its importance, and how attitudes towards it are changing amongst Small-to-Medium sized Businesses (SMBs) as the security agenda grows ever more important. Just 10% of respondents from SMBs considered their multi-function printer (MFP) to be a potential security risk.

Very simply, the results of our survey were not encouraging. Across the board, perceptions around print security are at best incorrect, and at worst potentially extremely dangerous. Just 10% of respondents from SMBs considered their multi-function printer (MFP) to be a potential security risk, and 20% said they have no security process in place at all governing how their MFP is used.
Unfortunately, those perceptions are also having a direct impact on employee behaviour.
Current attitudes and behaviours are behind the curve
Our survey found that 25% of office workers say they have found confidential or personal information on the printer tray that was not intended for them — a serious data protection breach. 28% of office workers also say they have used a work printer to print a personal document that they have created at home, outside of the business’ security environment. And 14% have used their office printer to print a document they have downloaded despite a warning that the file may be insecure, exposing the business network to a potential threat.
Alone, those behaviours are problematic for any growing business. But together, they paint a picture of a workforce that simply doesn't understand how significant print security threats can be. Without that understanding, teams will simply continue behaving in this way, and print and document security will continue to be a major point of vulnerability for today's SMBs.
So why exactly is it such a problem, and where has the problem come from?
The tech behind the trend
In recent years, traditional printers have largely been replaced with sophisticated multi-function printers. These MFPs have far more in common with a desktop workstation than they do the printers of the past, yet because of the perception that they're 'just a printer', they haven't received the attention they need from a security standpoint.
For all intents and purposes, an MFP is an information hub. It can hold data locally, it's connected to the core company network, and it's used to share sensitive data — both physically and digitally. Despite these devices functioning similarly to other network-enabled devices, 40% of people say they have never received any training or formal advice on how to use an MFP securely.
This represents a major problem for growing businesses. Imagine for a moment if we said the same about smart devices such as tablets in the workplace. They're used to share and access the same kinds of data, they're connected to the same network, but even amongst those relatively new to the world of data security, the thought of not putting proper security policies around them is almost unthinkable.
Something needed to change. So, we decided to change it ourselves.
Protecting people proactively
At Sharp, we understand and respect the challenges of keeping an SMB secure. You don't have the same resources as bigger businesses, your processes are constantly changing, and getting people to sit down and talk about print security is rarely easy. What SMBs really need is an MFP that handles security for them. So, that's what Sharp has created.
By building security features directly into our latest generation of MFPs, we've made it simpler than ever for SMBs to tackle the challenges of print security. Devising your print security strategy is as simple as switching on the numerous built-in security features contained within our latest devices.
Access controls and user verification help you limit who can use the MFP and what they can use it for (copier, printer, scanner, cloud access etc.). Data encryption ensures that as your data is stored within the device, it's kept secure. Embedded apps and internal processes are whitelisted, to block any potential malware operation. They can even give you physical warnings when you've forgotten to take a document out of the scanner, preventing hard copies from falling into the wrong hands.
We might not be able to solve the perception problems regarding print security overnight. But by delivering devices that automatically enforce security best practices out of the box, we can help people learn the 'new normal' of printing, and adapt to a more secure way of working.
For those that want to find out more about MFP & printer security issues, Sharp has worked with the ethical hacker Jens Müller to produce a handy guide to print security for SMBs. If your print security is broken, Sharp can help you fix it.

For those that want to find out more about MFP & printer security issues, Sharp has worked with the ethical hacker Jens Müller to produce a handy guide to print security for SMBs.